What is the best survival rifle? 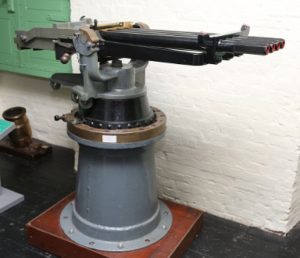 That’s kind of a loaded question (no pun intended). The best survival gun depends on where you live, what kind of game is available, the threats you’re likely to face, personal skill level, and any other factors that are unique to your personal situation. That’s why articles claiming to tell you what “the best survival rifle” is are usually full of crap. I’ve made a list of long guns (I’ll talk about handguns next time) that have been claimed by various people, “experts,” keyboard commandos, armchair mountain men, and others to be the best survival gun. Let’s gore some sacred cows…

Some people think a black powder rifle is the best survival rifle. They like to point out that cartridge ammunition might not be available post-SHTF. Somehow though, black powder (or the components to make it) will miraculously be easy to get. Maybe. Personally, I don’t see how. Black powder is already harder to get than cartridge ammunition. How will it be EASIER to find post-SHTF? As for black powder ingredients, potassium nitrate, pure sulfur, and pure charcoal are also hard to find. I’m guessing they’ll be even harder to find in a post-apocalyptic world (PAW).

People who claim the 22 LR is the best survival rifle like to site meaningless statistics “More people are killed every year by 22 LR than any other caliber” (which I find questionable). “James Brady was felled by a single round of 22 LR.” So what? Their mantra is “shot placement is everything.” Left unexplained is how well they can place a shot into a charging mountain lion, wild pig, or determined human predator.

Those who claim a shotgun is the best survival gun actually have some pretty good points. A shotgun works great on everything from the smallest bird to the largest North American game animal to the most determined human predator as long as you’re using the right ammunition. There are still some issues with the shotgun though. First, ammunition is bulky and heavy. Second, the kick of a 12 gauge (the most recommended shotgun for “survival” use) is too much for many people to handle well, at least without training and lots of practice. Finally, there are the stupid myths that are perpetuated by many fans of the shotgun as survival gun.

Many people (mainly hunters) seem to feel that not only is a traditional bolt action hunting rifle is the best survival rifle you can have, it is also the only survival gun you need. They may have a point. IF you’re careful with cartridge selection and IF you’re never going to be in a situation where you need to get off a lot of shots in a hurry, a bolt action rifle might be a good survival gun. I’ll concede that some bolt action rifles can sustain a respectable rate of fire if the operator is highly trained. If you’re planning on using one as your only survival gun, don’t forget to plan on lots of training if you’ll be operating in an area with large numbers of human predators.

Modern Sporting Rifles – AK-47’s, AR-15’s, AR-10’s and other semiautomatic rifles are very popular as survival guns. I could probably do a whole post on each model, but here I’ll just touch on the highlights. I think they can make for an awesome survival gun. The key word is “can.” Once a mall ninja or tactard gets a hold of one, all bets are off. The biggest problems I see with these guns are:

They’re all pretty similar. The AK-47 is purported to be the most reliable, but its accuracy isn’t all that great and it’s hard to put a scope on one. It shoots 7.62×39, which is about as powerful as a 30-30 Winchester. The problem is most ammo is FMJ, which is NOT suited for hunting.

The AR-15 is the most versatile. It’s also the most popular since it’s a semiautomatic version of the US military’s M-4/M-16. That means parts are cheap and readily available. They used to have a rep of being unreliable, but that is no longer true. If you can’t keep an AR-15 running good, it’s because you went cheap and bought a POS, you aren’t paying attention, or you’re a moron. The 5.56 round isn’t exactly a power house, but with the right bullet it’s OK for game up to deer. If that’s not enough, there are lots more cartridges you can buy or build for. The design of the AR-15 makes it inherently accurate unless the person putting it together was incompetent or just not paying attention.

The AR-10 is basically an AR-15 on steroids. It shoots 308-class cartridges. It’s bigger and heavier than the AR-15, but a good choice if you like the AR platform but need something with a lot more punch than the 5.56 has. I’ve never shot an AR-10, so that’s about all I can say about them. Hopefully that will change by next year.